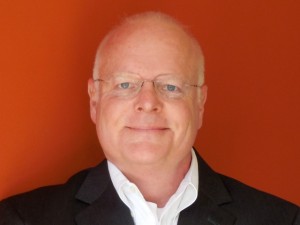 Scott R. Williams is a co-founder and Partner of ForeFront Strategies.  He is a leading public affairs practitioner and entrepreneur who provides senior corporate counsel, litigation communications support, thought leadership, media relations, and executive advice to Fortune 100 companies, as well as political and communications commentary.

He has worked as both a communications leader and journalist, created successful new businesses and brand programs, managed major crisis communications situations, and served as a national spokesperson.

Scott has developed and managed effective multi-faceted communications activities on matters of national importance, both for private industry and in the public sector. He has devised and executed litigation support programs for some of the largest and most publicly scrutinized cases in including United States.  His experience covers a multitude of industries, including technology, defense and aerospace, financial services, food and beverage, hospitality, labor relations and government communications.

An expert in working on matters of significant political and business sensitivity, Scott is recognized by clients for his thoughtful judgment and for his creative approach to the new media landscape. He has helped clients with major rebranding efforts to developing new marketing and digital strategies.

In the decade prior to co-founding ForeFront, Scott was President of RussellWilliams, a Washington, D.C.-based boutique communications firm. Prior to that he was a Senior Managing Director at BSMG Worldwide.

Scott is a former press secretary to retired Senator Sam Nunn (D-GA)  and current Senator Max Baucus (D-MT), as well as former Chief House Majority Whip Barbara B. Kennelly (D-CT) and former Representative Peter A. Peyser (D-NY).  He is also a former segment producer for ABC News/Good Morning America, where he worked on breaking news stories in Europe, Asia, the Middle East, and throughout the United States.

Among other entrepreneurial activities, Scott is a founding partner of the popular Capitol City Brewing Company in Washington, D.C., the first brewery in the Nation’s Capital since prohibition, and developed the successful launch program for Typhoon Brewery, a highly acclaimed gourmet Thai restaurant/brewpub in New York City.